In my last post, we took a brief look at what time represents for each of us personally. This week, continuing on with our look at time, we will examine its nature from the technical perspective. A word of warning: time from this vantage is far more complicated and dynamic than one may first appreciate…

Our reality, we are assured by researchers, is composed of many interconnected, often intangible, dimensions. The first three of these dimensions are quite well-known to us, being reflective of the spatial dimensions of length, width, and height. Thus, the first three dimensions of our reality give any given object it’s 3-dimensional shape. While there are others known (up to perhaps as many as 11, and maybe an infinity more lying just beyond our abilities to perceive), the fourth dimension is where we shall focus here: the dimension of time.

Depending on which scholar you subscribe to, there are essentially two philosophical views of time. The first, the Newtonian view, is one which sees time as a fundamental yet independent component of reality; time in this sense is a medium through which events are perceived by us to occur in a given sequence. Alternatively, there is another view that contends that time is something altogether different, that it does not possess any form of transition or movement but rather, existing as an intellectual structure in conjunction with our perception of spatial reality and quantity, it serves our purposes as a means of sequencing and categorizing events. Some contend that time itself is simply an illusion, that all events past, present, and future are occurring simultaneously, at this very moment. More relative to most, there is still the unsettled question as to whether we individually perceive the motion of time as a “feeling” or more properly as a rational judgment. In any event, there is far more going on behind the scene than the average person is aware of.

Assuming you are still with me, you can see that the various positions on time can get quite convoluted. Brace yourself, it gets worse. 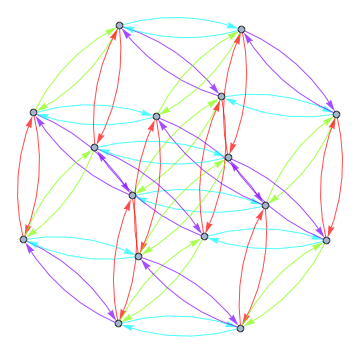 I will spare you the details here on how physicists measure the exact passage of time (assuming that there is such a thing), but do know that it involves far more than simply the ticking of hands across a clockface or the transit of the sun across our sky. In any event, our reckoning of time itself is vital to the interpretation of the physical nature of the universe, even down to the very fundamental forces of it all and their interactions beyond. Time affects everything in our reality; there’s no avoiding it. In some form or another, it plays into our logic and our equations across the foundational elements of everything from the investigation of kinetic energy to thermodynamics, electromagnetism, and the speed of light. All are deeply impacted by our understanding of time.

Ready for yet another level of complexity? Thanks to the work of a little-known physicist named Einstein, researchers now recognize that time itself is intrinsically meshed with the other dimensions of our reality in some surprising ways, and together they form an intangible fabric throughout our universe known as space-time.

For us, time seems regular, it seems as though it carries on at a given rate continually, but this is in fact not the case. At least, it is not a ubiquitous phenomena across existence. Space-time, you see, is capable of being warped, stretched, deformed beyond what we would find reasonable. Under intense gravitational or electromagnetic strain, the very fabric of time and space is stretched into great troughs, the passage of time creeping ever slower (or even ceasing completely) around the greatest concentrations of these forces. The result is that time there, around those densities, flows much more slowly, perhaps even billions of times so, than in locations of lesser density.

It is a remarkable aspect of our reality, and it is one that, given deep thought, opens up vast expanses of possibility concerning both our future and our past…

In any event, science agrees that time as we know it had a beginning just like all of the matter and diverse energies that populate our universe. And just as there was a beginning, there too shall be an ultimate end, where the skies will darken as the stars are swept away and all that we know will see its finale. The details of that spectacular day though are far from resolved within the halls of our greatest minds, the topic one of intense discussion and no small amount of fervent expectation, relentless wonder, and most of all, steadfast belief…

Thank you very much, and God bless!

D. S. Causey is a believer, a husband, a father, and an artist. Having always been a researcher at heart, he has found interest in everything from archaeology to zoonosology, but biology in particular captivated him like few other fields. His love of “the study of life” eventually brought him to the cutting-edge world of commercial biotech, where limits were pushed and boundaries blurred. Now an avid investigator of the science behind Biblical Creationism and a student of bibliology, D. S. is a committed member of the Creation Science League, the Creation Research Society, the Associates for Biblical Research, and the International Association for Creation. Fully embracing his calling, he has dedicated countless hours to the study of four areas of investigation concerning the authenticity of the Bible: Science, History, Philosophy, and Personal Experience. View all posts by dscausey